The partial solar eclipse on October 25th 2022 dazzled millions of skygazers around the globe.
It was visible to observers across most of Europe, as well as large parts of Northeast Africa, the Middle East and Western Asia.
During this impressive spectacle, the moon partially obscured the sun. In Western Europe, it appeared to be some 15-40% blocked out, as if the sun had a bite taken out of it.
A solar eclipse occurs during the phase of the new moon when the moon passes between the Earth and the sun. 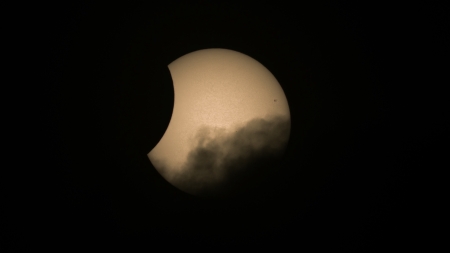