Founded in 1988, SPACEBEL has quickly earned its spurs in both the Space and Earth observation applications industries. The recent conclusion of an agreement with the Polish company N7 Mobile in the form of a joint subsidiary creation in Poland called N7 Space is reinforcing its deployment in Europe. Today, SPACEBEL has acquired the majority shareholding of this new company.

Already well represented in Belgium with its headquarters in Liège and a subsidiary in Flanders, SPACEBEL has since 1996 an entity in Toulouse (France) near the French space agency CNES and the major European prime contractors Airbus and Thales. In addition to these different sites, we now also count the N7 Space subsidiary freshly established in Warsaw in cooperation with the Polish company N7 Mobile, which specializes in software development for mobile applications and the space sector.

Thierry du Pré-Werson, Managing Director of SPACEBEL explains: “We are already working with the space division of N7 Mobile on several ESA projects and appreciate their skills and the quality of the work provided, particularly in the development of on-board software for satellite control. The synergy with the space branch of this young ambitious SME offers us the opportunity to contribute to the ESA programmes in which Poland has chosen to invest heavily, thus confirming our position as a major player in the European space sector, while pursuing our competitiveness objectives. The opening of this new site in Poland is part of our strategy to support the growth of SPACEBEL. Currently with a dozen engineers, N7 Space is expected to grow very rapidly from 2019 onwards. ” 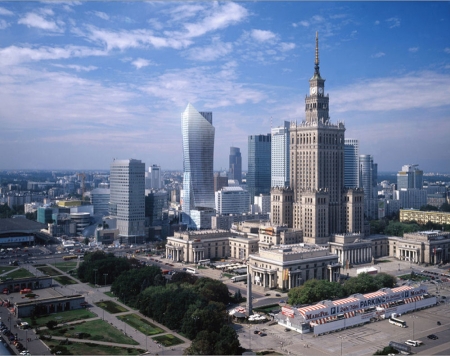