On December 29th 2020, France sent its second CSO military observation satellite into Space on board a Soyuz rocket from the European Space Centre in Kourou (French Guiana).

The CSO (Optical Space Component) satellites - three identical ones in total - are part of the European MUSIS (Multinational Space-based Imaging System) initiative set up by France in cooperation with Belgium, Germany, Italy, Spain and Greece.

It is a new generation of space-based capacities developed under the project management of CNES on behalf of the French Department of Defence (DGA). The aim is to replace the Helios-2 system in service since 2004 and to support military forces in the field of intelligence and the conduct of operations in the field.

Thanks to new and increasingly powerful technologies, CSO will enable constant observation day and night, identification of smaller targets – including the ones in motion – and faster delivery of images.
The first CSO spacecraft was put into orbit two years ago. The third one will be launched in 2021. Compared to the Helios satellites, the CSOs are more agile and produce more images in terms of quantity and resolution.

In 2013, SPACEBEL won several contracts for this ambitious programme while we have been contributing to the Helios ground segment since 2003.

SPACEBEL is participating in the development of the CSO mission ground segment under CNES project management. For the programming centre, our company is responsible for the development of programming components and also provides support in the engineering and integration-validation phases.
For the multi-mission control centre, SPACEBEL is in charge of the automation system. Finally, for the image chain, SPACEBEL designs and develops general services. A SPACEBEL team is also present at the ground station site in Evere (Belgium) to participate in the maintenance of the centre's operational conditions, as well as in the qualification and software installations. 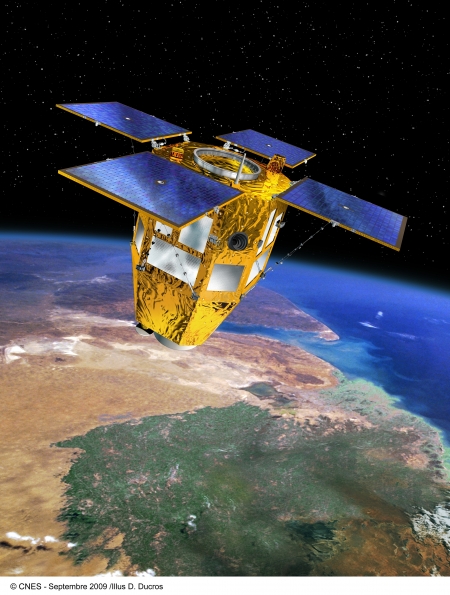