SPACEBEL Applauding COLUMBUS on its 10th Anniversary in Space

Circling around the Earth every 90 min., 400 km above our heads, the Columbus laboratory is ESA’s main contribution to the International Space Station.

The laboratory was sent into space aboard the Atlantis Space Shuttle from the Kennedy Space Center in Cape Canaveral (Florida, USA) on February 7th 2008. The ISS crew welcomed the Columbus module on February 11th.

With its 75 m³, it is Europe’s first permanent facility in orbit dedicated to long-term multidisciplinary research in a weightless environment covering fluid physics, materials science and life sciences. External payloads allow researchers to perform experiments in the field of Earth observation and Space science. Until now, some 225 experiments have been carried out.

Since 1994, SPACEBEL has been contributing extensively to the Columbus programme, amongst other with the development of the on-board Data Management System as well as the Verification, Integration & Check Out Software, which is part of the Columbus ground system. We also brought our know-how to the High Speed Acquisition and Distribution System (HADS), meant to transfer the video and scientific data of the experiments aboard Columbus through the high-speed network to the ground for further analysis.

For further information on Columbus, watch the ESA Euronews film. 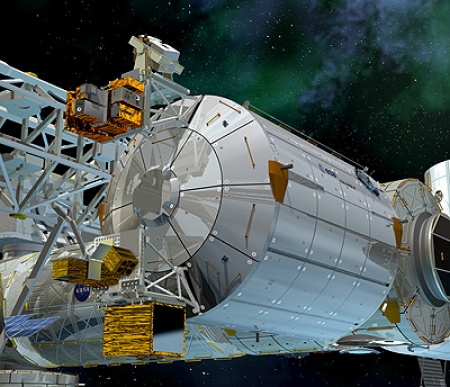