Launched on December 3rd 2015, ESA’s LISA Pathfinder has to validate innovative technologies to be implemented in the frame of future space missions aiming at detecting and studying gravitational waves, i.e. ripples in the fabric of space time, as hypothesized by Einstein a century ago.

In January 2016 LISA Pathfinder reached its orbit for an operational phase of about 9 months. A first series of experiments started on March 1st 2016 in order to demonstrate the key technologies required to detect extremely small movements.

Today, ESA scientists are proud to announce that the first measurements exceed all expectations in terms of accuracy and precision.

LISA Pathfinder was built by an industrial team led by prime contractor, Airbus Defence and Space Ltd.
As developer of the LISA Pathfinder Data Handling Software (DHS), SPACEBEL is pleased to be part of the success. Our on-board DHS is orchestrating all data exchanges on board, from the communication between the complex Guidance, Navigation and Control applications over the spacecraft’s very precise sensors and actuators to the storing of scientific data from the test operations into a mass memory before being downloaded to the ground stations. 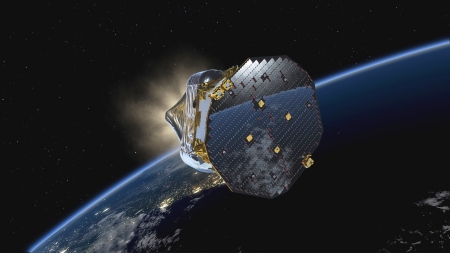