Launching of the PICARD Satellite with SPACEBEL Software

On June 15th 2010, the French satellite PICARD will fly off into space on a Dnepr launcher from the Dombarovski cosmodrome nearby the small Russian city of Yasny on the border with Kazakhstan.

Named after the French astronomer Jean Picard (1620-1682), who realized the first, precise measures of the solar diameter in the 17th century, PICARD will study the influence of the solar activity on the evolution of our climate. Moreover, the 150kg weighing microsatellite will help us to have a better understanding of the functioning and physical structure of the biggest of all stars in the universe. The PICARD mission is planned for an operational lifetime of at least 3 years in orbit.

It is a remarkable launching for SPACEBEL that has largely contributed to the implementation of the small scientific satellite of the French space agency CNES.

The scientific mission centre PICARD performs several essential functions. It will be in charge of the programming of the payload, i.e. the instruments on-board of the satellite, and ccontrol whether they are still doing well. It will also centralize all image acquisition requests, collect, treat and archive the data gathered from the on-board instruments and ensure their delivery to the scientific world.

The PICARD project represents a turnover of about 1.100.000 € for SPACEBEL that continues developing their skills in the field of micro satellites. 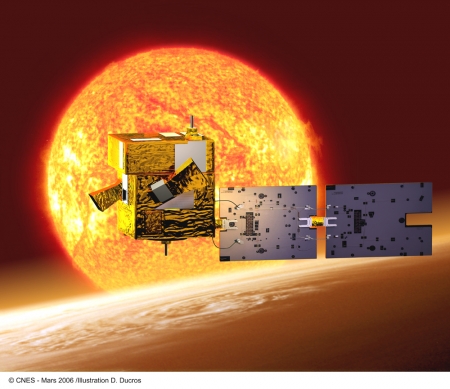