At the beginning of January 2020, ESA confirmed the departure of the Euclid mission into Space from mid-June 2022 onwards and appointed Arianespace as the official Euclid launch operator.

Named after the Greek mathematician Euclid of Alexandria (~ 300 BC), the father of geometry, and built by Thales Alenia Space, prime contractor, the satellite will be launched either on an Ariane 62 rocket or a Soyuz rocket from the European Space Centre in Kourou, French Guiana.

The stakes are high: through the study of galaxies at different distances from Earth, determine the nature of the Universe as well as the reason for the acceleration of its current expansion. In addition, Euclid will enable us to unravel the mystery of the dark matter and dark energy of the cosmos. The innovative Space observatory weighing about 2 tons is conceived for a lifespan of minimum 6 years.

Since 2015, SPACEBEL has been in charge of the development of the subsystem control and data management software, i.e. highly critical functions that will contribute to the faultless functioning and success of this emblematic mission. 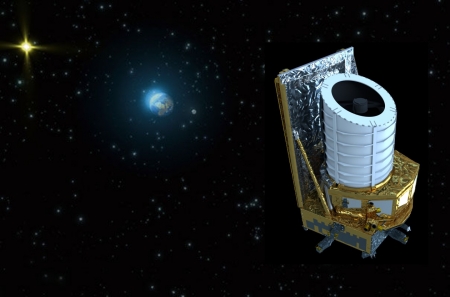