ERA Successfully Set into Motion on the ISS

Launched on July 21st 2021 from Kazakhstan, the European Robot Arm (ERA) and its home, the Multipurpose Laboratory Module, reached the International Space Station a good week after lift-off, joining its Canadese and Japanese counterparts which are servicing the US Operating Segment.

Meant to move astronauts and handle payloads up to 8000kg around a  segment of the ISS, the 11 meter ERA was deployed for the very first time on April 28th 2022 during a 7 hours and 42 minutes spacewalk. This 250th Extra-Vehicular Activity (EVA) in support of station assembly, maintenance and upgrades monitored the first commanded ERA movements from its grapple fixtures after removing insulation covers and releasing launch locks.

ERA is SPACEBEL’s longest running project; we have been involved in its development, maintenance and upgrade since 1994 with various contributions: 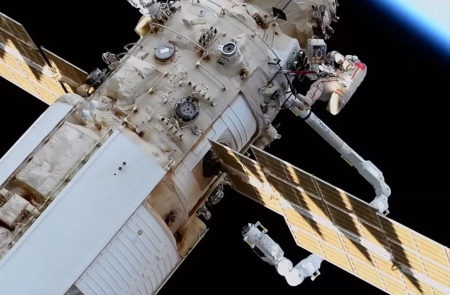