ESA and Arianespace have signed a contract confirming the launch of the Altius satellite from the European spaceport in Kourou by mid-2025.

Initiated by the Royal Belgian Institute for Space Aeronomy (BIRA-IASB), Altius (Atmospheric Limb Tracker for the Investigation of the Upcoming Stratosphere) is an ESA Earth Watch mission with Belgium as the main contributor, and with Canada, Romania and the Grand Duchy of Luxembourg following. This new Earth observation satellite will detect the composition of the atmosphere and changes in the stratospheric ozone layer, thus contributing to weather forecasting. In addition to greenhouse gas emissions, the satellite will measure other traces of atmospheric gases such as aerosols that affect air quality on Earth. It will also provide an answer, over a period of at least three years, to the impending shortage of satellites capable of monitoring the components of our atmosphere.

Since 2018, SPACEBEL has been closely associated with this emblematic "Made in Belgium" mission as the developer of the satellite's on-board software and prime contractor for the payload data management ground segment. 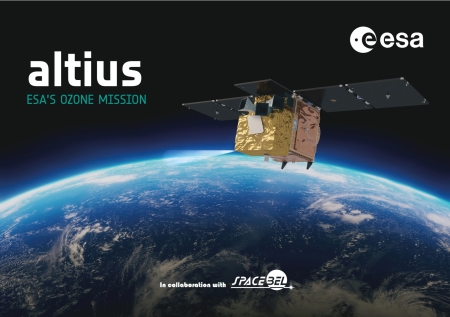