A lift-off that SPACEBEL has followed closely as we have contributed significantly to the launcher’s flight software and to the implementation of its passengers.

For many years, SPACEBEL has been bringing our expertise and support to Vega prime contractor Avio, in the development and evolution of the on-board software, in the Vega guidance, navigation and control software engineering activities and in the simulation software meant to test and validate the various functions of the flight software of Europe’s lightweight rocket.

Also built by Avio the more powerful Vega-C launcher will offer increased performance and competitiveness. Its maiden flight is to take place in 2022.

As far as the CERES (Capacité de Renseignement Electromagnétique Spatiale) satellites are concerned, SPACEBEL has delivered the satellite simulator for the three Earth observation satellites of the French Armed Forces. Equipped with top-level sensors, they will fly in formation in low Earth-orbit to collect, on a daily basis and in all weather conditions, intelligence signals from areas out of reach of surface sensors. As such, they will play an important role in military operations. 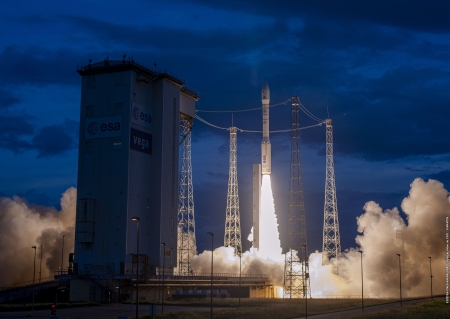