Developed by ESA and funded by the European Union, Galileo is Europe’s civil global satellite navigation system. It will allow users worldwide to know their exact position in time and space with great precision and reliability.

So far, 14 Galileo satellites have been launched two by two on Soyuz rockets from the spaceport in Kourou. Today’s inaugural launch by Ariane 5 will boost that number to 18.

In 2010, SPACEBEL was selected by OHB-System AG, prime contractor for the full operational capability satellites of the constellation, in order to develop the PUS (Packet Utilization Standard) Library as well as the Packet Store. More specifically, our contribution is related to the on board data handling software that is controlling and managing the processes running aboard the Galileo satellites. 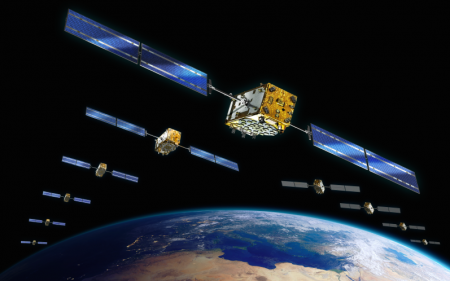