Renewal of HELIOS-2 Contract for SPACEBEL

Since 2003, SPACEBEL has contributed extensively to the Helios-2 programme, especially as far as the exploitation of the data provided by both military observation satellites is concerned. Today, SPACEBEL is proud to see their role reconfirmed until 2018.

More sophisticated than his predecessors Helios-1a and 1b, Helios-2 is the second generation of the observation system of the French Defence developed in cooperation with Belgium, Spain, Italy and Greece. Our country is associated with its operation as host for a ground segment for the receipt and processing of images, i.e. the Belgian National Segment of the Helios user component.

Consisting of two optical satellites (Helios-2a and 2b) and a user ground segment developed by Airbus, prime contractor, as well as a mission centre operated by CNES, the system is operational 24 hours on 24, 365 days a year. Its main objective: to acquire high resolution images for intelligence, in order to prevent conflicts, prepare military missions, verify compliance with disarmament and non-proliferation treaties.

France has recently decided to extend the contract of operational maintenance of the Helios-2 user ground segment for the period 2012-2018 in anticipation of the launch of the successor of Helios-2. Covering all operations conducted from the ground for proper operation, maintenance and updating of the system, the Belgian share of this market has been awarded to SPACEBEL and Cegelec until 2018. Once again a nice recognition of the skills and know-how of SPACEBEL. 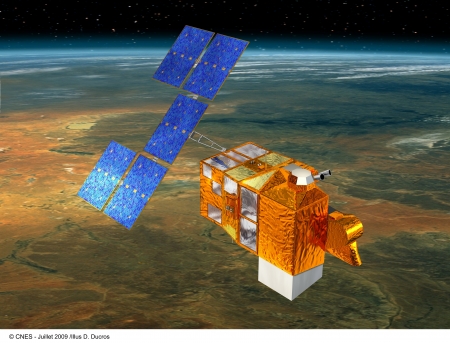