It is used mainly by the European Sentinel satellites, which play a major role in disaster relief and operational monitoring services such as maritime monitoring. Thanks to EDRS, rescue teams now have access to time-critical data acquired around the globe. Fact is: rapid retrieval of Space images is important for emergency response.

EDRS-A, the first node of this so-called ‘SpaceDataHighway’ was launched successfully in January 2016. On August 6th 2019, EDRS-C joined its sister platform in geostationary orbit. This position enables the system to remain almost permanently in connection with the satellites in low-Earth orbit that only download their information when in direct line-of-vision with their ground stations, which may involve delays of up to 90 minutes.
Two more spacecraft should complete the network from 2020 onwards.

SPACEBEL is part of the Redu Space Services (RSS) consortium in charge of the design, development and delivery of the EDRS Mission Operations Centre (MOC) in Ottobrunn (Germany) operated by Airbus Defence & Space, prime contractor, whereas RSS is running the backup MOC in Redu (Belgium). SPACEBEL is also supporting RSS to ensure the MOC lifetime maintenance, i.e. about 20 years. 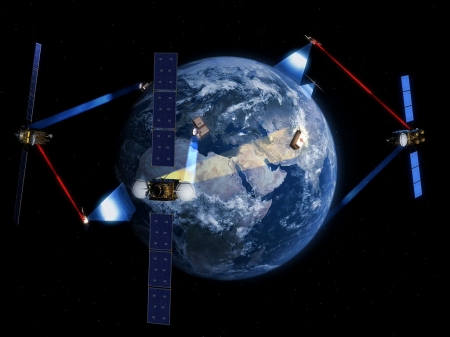