You have certainly heard about SMART-1 (Small Missions for Advanced Research in Technology), Europe’s first lunar probe that crashed as planned onto the Moon on September 3rd 2006 after almost 2 years orbiting our natural satellite.
The micro satellite realized by the Swedish Space Agency and with control software developed by SPACEBEL successfully accomplished its mission: demonstrate several innovative technologies (ionic propulsion, new space communication techniques, laser telecommunication). Thanks to SMART-1, the scientists could also establish a complete inventory of the key elements in the lunar surface. The data collected should enable us to better understand the formation process of the Moon and of its geological resources.

Meanwhile, the European Space Agency (ESA) is already preparing number 2 of the series of small satellites planned in order to test new space technologies destined for future scientific missions to distant planets of the Universe.

Once again, it is SPACEBEL that is conceiving and developing the on-board software of this new European SMART-2 probe named « LISA Pathfinder ».
To be launched in 2013, the small space vehicle will have to experiment innovative equipment and technologies, which will be implemented in the frame of the LISA mission. LISA (Laser Interferometer Space Antenna) aims at improving our knowledge of the Universe: it will show whether Einstein’s theory about the existence of gravitational waves in Space is correct. The LISA project will rely upon extremely sophisticated technologies that cannot be properly verified on the ground because the Earth’s gravity and environment would affect the test results.
In order to validate these revolutionary concepts and reduce any risk that the ambitious LISA mission would fail, ESA has decided to use LISA Pathfinder by way of a guinea-pig.

With the software developments for the technological showcases PROBA-1 and PROBA-2 ‘made in Belgium’ as well as for the first European lunar probe SMART-1 the « LISA Pathfinder » conctract acknowledges SPACEBEL’s know-how in the field of micro satellites. 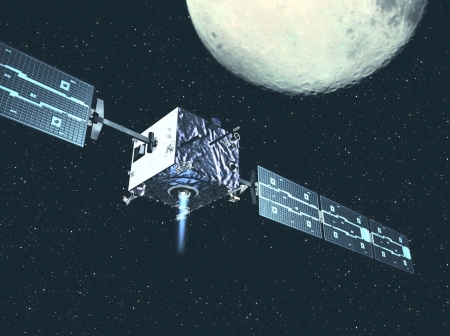