Started in January 2017, the European funded H2020 DataBio project (Grant Agreement nr 732064) with SPACEBEL as leader of the Earth Observation and Geospatial Data & Services has recently come to an end. Based on big data technologies, DataBio aims at boosting the growth of a sustainable and responsible bioeconomy in Europe.
According to the final review report, the project has been successfully completed and no changes are required.

DataBio focuses on big data technologies and their applications in the bioeconomy sector, i.e. involving the use of renewable biological resources from land and sea for the production of food, materials and energy.

Addressing agriculture, forestry and fishery in particular, DataBio handled massive quantities of data from terrestrial and airborne sensors in combination with aerial and satellite imagery and innovative ICT technologies in order to set up a Big Data Infrastructure for data discovery, retrieval, processing and visualizing in support to decisions in bioeconomy business operations. The following goals were also pursued:

Foster the wide-spread use of the DataBio platform technologies in the agriculture, forestry, aquaculture and fishery sectors;
Offer the opportunity to the European ICT industry and Earth Observation stakeholders – including SMEs – to play an active role in the European and international Bioeconomy Big Data market;
Ensure interoperability and easy implementation of innovative tools, services and applications using the DataBio platform.
The Earth Observation and Geospatial Data & Services led by SPACEBEL included the provision of Earth Observation interfaces and data to the Big Data Platform, along with the related support to the DataBio pilots.
Thanks to common standard-based interfaces, the services, metadata and data representations could be easily customized to the pilots and be replicated and transferred across the EU and in other contexts.

We were also closely involved in the Forestry Pilot activity the objective of which was to demonstrate through pilots how Big Data can boost the forestry sector.

The overall conclusion of the EC was 100% positive: the project has achieved most of its objectives and has delivered exceptional results with immediate or potential impact.

With this overall success, SPACEBEL notches up another achievement confirming our long-standing expertise in the field of EO WEB services provisioning infrastructures.  DataBio also allowed us to showcase our know-how in terms of forest management services. 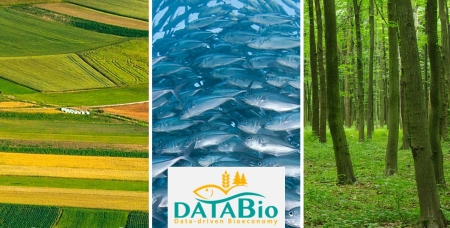