Dr Brian MAY, astrophysicist and famous Queen guitarist, sent a special message to all participants (including SPACEBEL) in the Hera International Workshop organised from May 30th until June 3rd 2022 in Nice (France).

In cooperation with NASA, ESA’s Hera is a brilliant project to save life on Earth from extinction by asteroid impact.
Launched in November 2021, NASA’s DART (Double Asteroid Redirection Test) is on its way to a binary asteroid system – Didymos and its moonlet Dimorphos. In October 2022, the probe will collide with the smaller body in order to shift its orbit. Due for launch in 2024, Hera will investigate the post-impact and study the composition and structure of the celestial body from 2026 onwards. Hera will also deploy the first European deep Space cubesats: Milani and Juventas. Their aim is to collect more detailed scientific data on Dimorphos and its environment while trying out novel intersatellite link technology.

As a member of the Hera community, SPACEBEL is closely involved in this revolutionary planetary defence experiment through several major contracts. We are in charge of:

Mark your calendar! A Hera outreach event “From Asteroid Impacts to Planetary Defence” – with SPACEBEL support – is scheduled on June 23rd 2022 in Brussels. Info & registration. 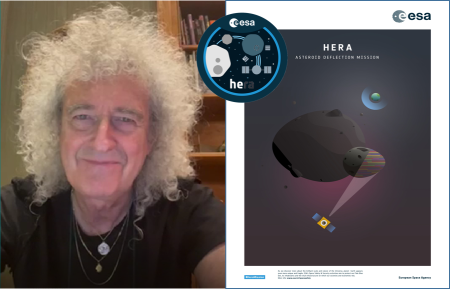