It is in the night from May 6th – 7th, that the small PROBA-V satellite of the European Space Agency (ESA) will fly off into Space aboard the European VEGA launcher from the Kourou spaceport in French Guiana. A lift-off that SPACEBEL will follow very closely, as we have contributed significantly to the implementation both of the satellite and of the launcher’s flight software.

Part of the PROBA (Project for on-board Autonomy) mini-satellites’ family of ESA, and third of the name, PROBA-V will ensure the continuation of the ‘Vegetation’ images taken over more than 10 years by the instruments on board of the French SPOT-4 and SPOT-5 satellites, arriving at the end of their operational lifetime. With a weight of 160 kg and a volume of less than one cubic meter, this miniature observatory will deliver every 2 days a complete vision of the vegetation on Earth. The data collected will not only allow to monitor agricultural and vegetal resources on our planet, they will also contribute to the study of climate change.
In this project led by QinetiQ Space, SPACEBEL has developed all software: on-board software of the satellite, ground control software, simulation software.

On the other hand, SPACEBEL is present on VEGA, the new ESA launcher developed by Prime contractor ELV headquartered in Rome. This launcher can carry and place into orbit several satellites up to 1.5 tons.
For several years, SPACEBEL has been bringing its know-how and support to ELV in the development of the on-board software as well as software engineering activities related to guidance, navigation and control of VEGA. SPACEBEL is also in charge of the simulation software meant to check and validate the various functions of the on-board software.

With the PROBA-V and VEGA projects, SPACEBEL confirms, once more, its expertise in the field of Earth observation and launchers. 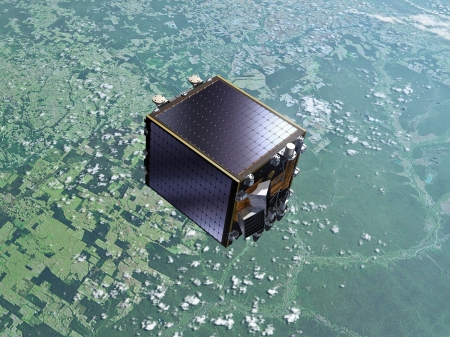