Successful Launch of ANGELS… with a Touch of SPACEBEL Simulation Technology

On December 18th 2019, a Soyuz rocket left Kourou, Europe’s spaceport in French Guiana, putting into orbit amongst other ANGELS (Argos Néo on a Generic Economical and Light Satellite), the French nanosatellite demonstrator developed by CNES in cooperation with HEMERIA, a relatively new  player in the French satellite integration market.
The launch went smoothly and the small spacecraft is operating perfectly well.

In  charge of the design and development of the satellite system simulator since October 2017, SPACEBEL is proud to be part of this success.

For two years, ANGELS will collect data from the Argos beacons put into place by CNES – and also fitted with SPACEBEL simulation systems – for boat monitoring, tracking of animal migrations, marine resources management and ocean observations.
The main goal of this new French satellite is to initiate an industrial nanosatellite chain for scientific and commercial purposes in line with a definitely New Space oriented approach: miniaturized components, reduced costs and shorter time frames to build the satellite. 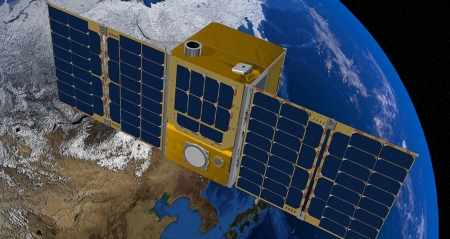