SPACEBEL confirms its position in the launcher sector thanks to a new series of contracts in the frame of the European VEGA programme in cooperation with Italy, France, Spain, Belgium, the Netherlands, Switzerland and Sweden under the supervision of the European Space Agency (ESA).

Since its maiden flight in February 2012 Vega has carried an array of small and medium-sized scientific or Earth observation satellites into orbit from Kourou, the European spaceport in French Guiana.

For over ten years, SPACEBEL has been supporting Avio-ELV, Vega prime contractor, in the development and evolution of the flight software piloting the launch vehicle, in the Vega guidance, navigation and control software engineering activities and in the simulation software meant to test and validate the various functions of the flight software.

SPACEBEL is now also in charge of the Thrust Vectoring Control (TVC) simulation software. The TVC developed by SABCA is an electromechanical system that operates the nozzle of the four launcher stages’ engines in order to control its attitude or velocity. The TVC simulator interfaces with the on-board computer and the nozzle simulator. As part of the Vega Launcher Exploitation Accompaniment Programme, SPACEBEL contributes to the automation and consolidation of the post processing facilities including the launcher telemetry and data production tools. Finally, SPACEBEL delivers the software development environment for the new Control Loop Processor of SABCA which ensures full control of electromechanical systems. This software-programmable solution is meant for repetitive applications requiring a high processing performance and precision.

In parallel with the Vega programme SPACEBEL has also started developing on-board IT solutions for the Space Rider, a European affordable re-entry Space transportation system to be launched on Vega-C. Space Rider will convey payloads to operate in orbit for a variety of applications in 2 months missions, such as experiments in microgravity, in-orbit technology demonstration and validation in the field of exploration, Earth observation/science or telecommunications, monitoring activities. In continuation of a longstanding cooperation, SPACEBEL supports AVIO for the development of the flight software of the attitude and vernier orbital module including the software architecture and engineering as well as the reliability, availability, maintainability and safety aspects. 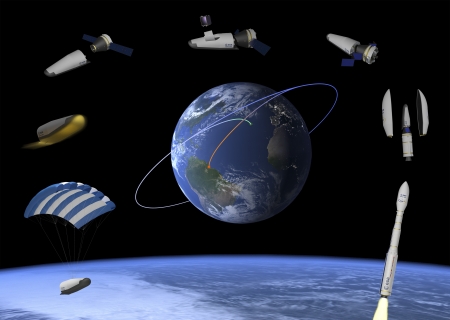