SPACEBEL Know-How on board of the Gaia Star Surveyor

On December 19th 2013, the Gaia (Global Astrometric Interferometer for Astrophysics) satellite will be launched from the Kourou Space Centre. The objectives of this new ESA astronomy mission are ambitious: chart a 3D map of about a billion objects in our galaxy with a precision of 0.001% in order to better understand the mechanisms of galaxy formation. Gaia should also allow scientists to have a more precise insight in the inner workings of the stars as well as to better assess the influence of dark matter. Accuracy being one of its main features, Gaia will also be on the hunt for exoplanets as well as measuring the bending of light rays due to gravitational effects.

With 40 million observations per day, the cumulative data flow after five years of operation, even after having been compressed by software, will fill the equivalent of more than 200.000 DVD.

It is precisely to develop the management software of the Gaia Payload Data Handling Unit that SPACEBEL was selected and joined the industrial consortium under the leadership of Astrium Ltd in 2007. The Payload Data Handling Unit is a mass memory device storing the scientific data from seven video units before transferring them to the ground stations. An elaborate file management system allows flexible and efficient data transfer through virtual channels organized in the downlink.
With Gaia, we have our head in the stars and our feet undeniably on the ground… 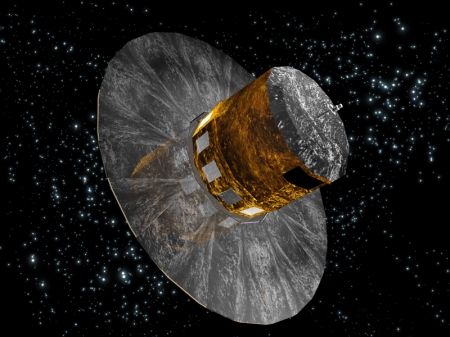