Earth is often called the “Blue Planet” given that over 75% of its surface is covered with water. We all know that water in general and oceans in particular are essential for life on Earth. However, against the backdrop of climate change, the role of our oceans as well as their state of health require in-depth investigation.

To be launched in December 2022 on a Falcon 9 rocket from the Vandenberg Space Force Base (California – USA), the upcoming SWOT mission (Surface Water and Ocean Topography) is meant to monitor the globe’s surface waters – oceans, rivers, lakes, reservoirs and coastal zones – from different angles : the evolution of water stocks, levels, flow and ocean currents. Apart from a better understanding of the water cycle, SWOT data will also help us to refine our climate and prediction models and better prepare for the impacts of global warming.

SPACEBEL has delivered simulation software for this international Earth observation satellite developed by CNES and NASA in cooperation with CSA and UK Space Agency:

Packed with innovative technology and offering 3D images, the new spacecraft will revisit the same point on the globe every 10 days while covering the entire globe from its orbit at some 900 km above our heads.

A very promising reference for SPACEBEL in terms of simulation and modelling expertise…!

Good to know: the CNESmag July 2022 issue entitled “SWOT – Planet Water” contains a mine of information on the French – US satellite. 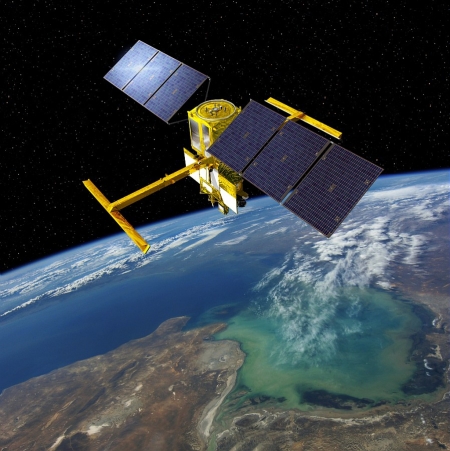