After 7 years of monitoring our planet and delivering global coverage data on a daily basis ESA’s Earth observation mission Proba-V came to an end on June 30th 2020.

The small vegetation watcher “made in Belgium” and fully equipped with SPACEBEL software - on-board software, mission and control centre and satellite simulator – was one of the last European satellites to be launched without on-board propulsion. Hence the gradual orbit degradation due to its extended lifetime and consequent decrease in overpass time resulting in night-time rather than daylight vegetation observation along with a progressive decline in data quality.

However, the operational Proba-V mission had a short sequel. Thanks to its excellent radiometric and geometric performance, the small spacecraft continued capturing images over Europe and Africa in experimental mode for over a year. Proba-V also increased its lunar observations, experimenting with changing frequencies and view angles for the benefit of future Earth monitoring missions.

We say good-bye to a beautiful mission that has contributed substantially to a better vision of the vegetation on Earth against the backdrop of climate change. The entire SPACEBEL team is proud to have been part of this success story! 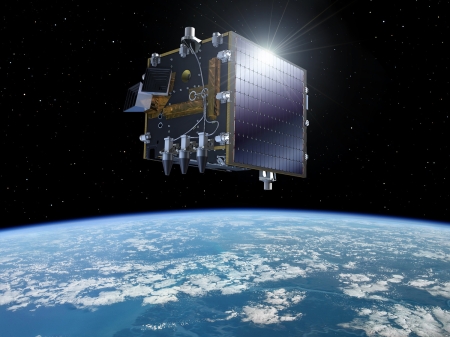