Asteroid Day is the United Nations endorsed global awareness campaign day on asteroids, i.e. celestial rocks left over from the formation of the Solar System and scattered across the Universe. The yearly event is celebrated on June 30th in commemoration of the terrible asteroid-related disaster taking place on June 30th 1908 in Tunguska (Siberia). Its aim is to inform, inspire and educate about the role and risks of asteroids. A 24-hour global broadcast called "Asteroid Day LIVE" featuring interviews with scientists involved in asteroid research and planetary defence in combination with topic-related movies and series is transmitted online.

A perfect occasion to highlight the SPACEBEL activities in the field of asteroid missions!

In the late ‘90s, SPACEBEL was modestly involved in the Rosetta comet chaser with the development of a software validation system. Moreover, VTS, the visualisation tool for Space Data developed by SPACEBEL in Toulouse for CNES was used in the frame of this historic mission in order to monitor the separation, descent and landing phase of the Philae lander as well as the first science sequence on the comet 67P/Churyumov-Gerasimenko.

As a member of the ESA Hera community, we are closely participating in this revolutionary Earth protection experiment, which will revolutionise our understanding of asteroids and how to protect our planet from their possible impact. Our substantial contribution to this groundbreaking initiative comprises several major contracts: 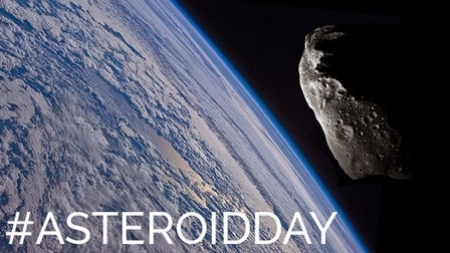