Focus on Altius, the Ozone Layer Observer “Made in Belgium” with SPACEBEL Software

On the occasion of the UN International Day for the Preservation of the Ozone Layer (September 16th), it is useful to underline the importance of satellite observations in that particular context.

The ozone layer shields human life and ecosystems on Earth by absorbing the sun’s ultraviolet radiation. For many years, this protection has suffered depletion due to gases used in aerosols, refrigerators, air conditioners and related products causing the infamous “ozone hole” over the South Pole. Thanks to the Montreal Protocol, a multilateral environment treaty turning 35 this year, the production and use of such harmful chemicals have been banned stepwisely, which has allowed the ozone layer to recover little by little at a rate of 1-3% per decade since 2000. According to latest projections, the Northern Hemisphere and mid-latitude ozone is scheduled to heal completely by the 2030s followed by the Southern Hemisphere in the 2050s and Polar Regions by 2060.

Satellites are vital to monitor the condition and evolution of the ozone layer in terms of thickness and altitude.
Initiated by the Royal Belgian Institute for Space Aeronomy (BIRA-IASB), ESA’s upcoming Altius (Atmospheric Limb Tracker for Investigation of the Upcoming Stratosphere) satellite financed mainly by Belgium with contributions from Canada, Luxembourg and Romania will carry out measurements of the composition of the Earth's atmosphere and changes in the stratospheric ozone layer. Planned for launch by mid-2025 on a Vega-C rocket, Altius will also compensate for the decreasing number of spacecraft dedicated to this kind of study.

Since 2018, SPACEBEL has been closely involved in this Earth Watch mission as the developer of the satellite's on-board software and prime contractor for the payload data management ground segment. 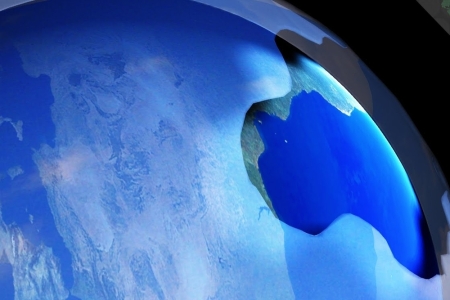