A New ALTIUS Contract for SPACEBEL

ALTIUS (Atmospheric Limb Tracker for the Investigation of the Upcoming Stratosphere) will be ESA’s new mission to monitor ozone in the stratosphere. The ALTIUS satellite will detect the composition and concentration of greenhouse gases in order to assess the impact of increasing emissions. As a component of the European Earth observation programme with Belgium as the main contributor, ALTIUS will also meet the growing demand for data on the state of the ozone layer in the face of the imminent shortage of satellites capable of monitoring the distribution of components in our atmosphere. Its launch is scheduled for the end of 2023.

The construction of this new micro-satellite was recently entrusted to QinetiQ Space, which relies on SPACEBEL for the design, development, production and testing of the spacecraft’s on-board software. This contract is the follow-up of the ALTIUS flight programme study that SPACEBEL conducted in 2018 in preparation for the implementation of this Earth Watch mission.

SPACEBEL has also been appointed by ESA as prime contractor for the preliminary definition of the payload data ground segment system architecture (PDGS), drawing on the scientific expertise of the Royal Belgian Institute for Space Aeronomy, initiator of this innovative ALTIUS mission, and the prestigious University of Saskatchewan in Canada.

SPACEBEL is honoured with the new ALTIUS contract. We look forward to carrying out this development and making a significant contribution to the success of the ALTIUS mission. 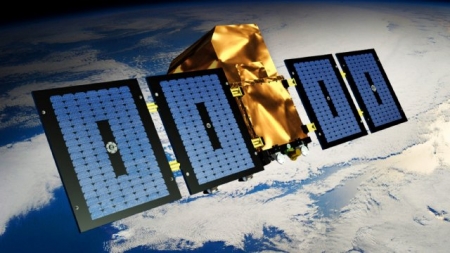